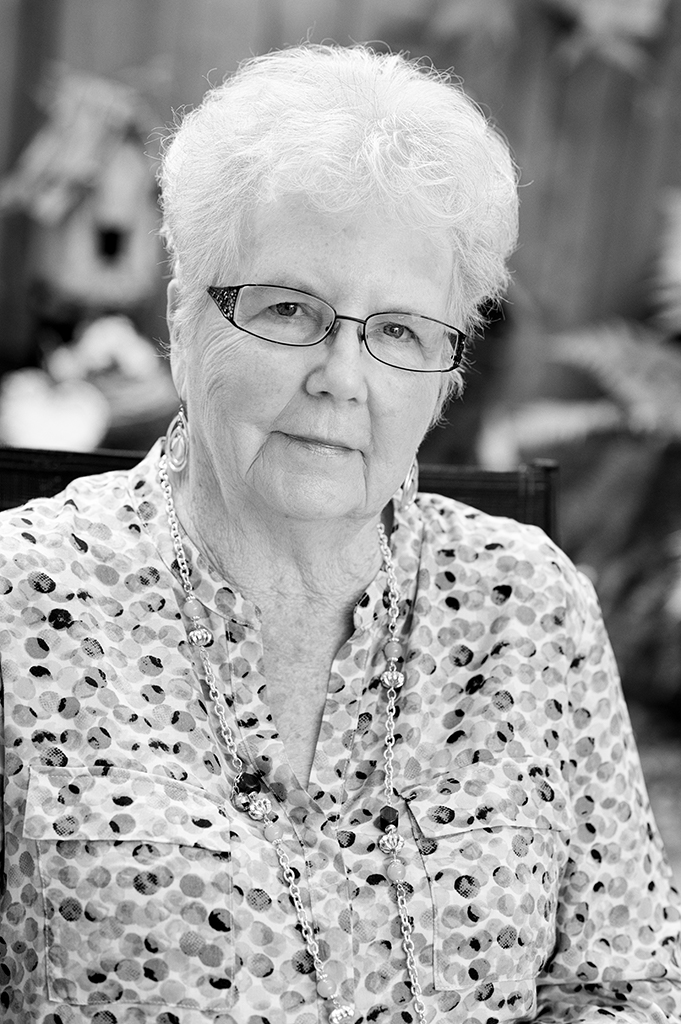 Carol Macpherson was born in 1934. She lived on Westham Island and has wonderful memories of growing up there, “we used to collect fresh milk from the farmer down the road, my sister and I would walk down with our pails.” Carol has a long family history in Ladner as her father, Herb Bowing was also born on Westham Island. Her grandmother’s house was located in downtown Ladner, across the street from what is now Taverna Gorgona – this was the house where her mother, Helen was born.

In 1944 Carol was May Queen during Ladner May Days, “it was cold and windy that day, I remember the flowers blowing right off the stage.” That year the war was still on and she remembers her uncle writing letters home from Italy, “we were all very aware of what was going on, there were a few young men from Ladner who were away.”  After attending Westham Island Elementary School, Carol would get the bus to the high school in Ladner. In those days there were all kinds of fun activities, “we would go to basketball games, square dancing and Teen Town functions on the weekend.” It was at Delta Secondary School where Carol met her future husband, Alastair Macpherson, as they were both on Student Council.

After graduation, Alastair pursued an engineering degree at university and Carol was in Vancouver working as a stenographer – they married in 1955. An engineering job took the young couple back east for a couple of years and after returning home for a family wedding, Alastair accepted a position with BC Hydro. They settled back in Ladner and in 1966 built a home on 36th Avenue where they lived for 42 years. As Carol’s father-in-law was a horse trainer, they also raised thoroughbred racing horses on an additional property nearby.

Carol has served on the board with the Delta Museum and has been an active volunteer with the Delta Hospital Auxiliary. In 1989 she opened “Final Details” a ladies clothing store in Ladner where she enjoyed many years in the retail business. Carol has 3 children, 7 grandchildren and 2 great-grandchildren.