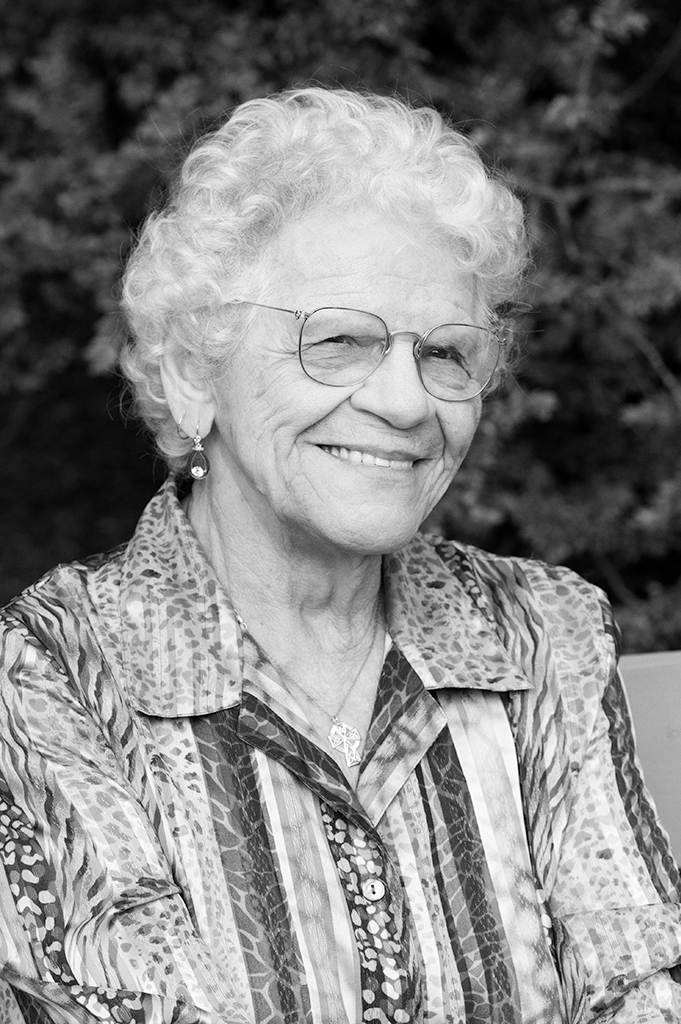 Helen Ruetz was born in 1924 in Saskatchewan – the youngest of 18 children! In 1955, after a brief time in Rycroft, she moved along with her husband and young children to Ladner. Settling near the Port Guichon area, Helen recalls that back then Ladner wasn’t built up at all.  Her daughter, Brenda, remembers in the late 1950’s and early 1960’s you knew everyone, you relied on people. “The kids played with each other all the time, you were never driven anywhere.“

Helen’s two eldest daughters attended classes in the Monastery on Arthur Drive as the original Sacred Heart School wasn’t built yet. Children in those days would make their own fun, explore the fields, feed the horses and ride their bikes everywhere. Helen’s husband worked as a mechanic at the gas station, which used to be across the street from the post office. Brenda said her dad had a “real strong whistle, he would whistle and we knew it was time to come home.” There was also a pea cannery in Ladner, the trucks would drive up the road and sometimes peas would drop, “the kids would run out on the road and grab all the vines and eat the peas.”

With a busy home and 5 children to care for, Helen worked hard every day. An avid gardener, she would can and preserve everything she grew, “there was a great variety of berries, vegetables and nut trees, you made use of what you had.”  Helen’s cellar shelves were always full; her daughter recalls they would even make their own root beer and applesauce on the little stove in the basement.  Helen has 5 children, 18 grandchildren and 26 great-grandchildren.