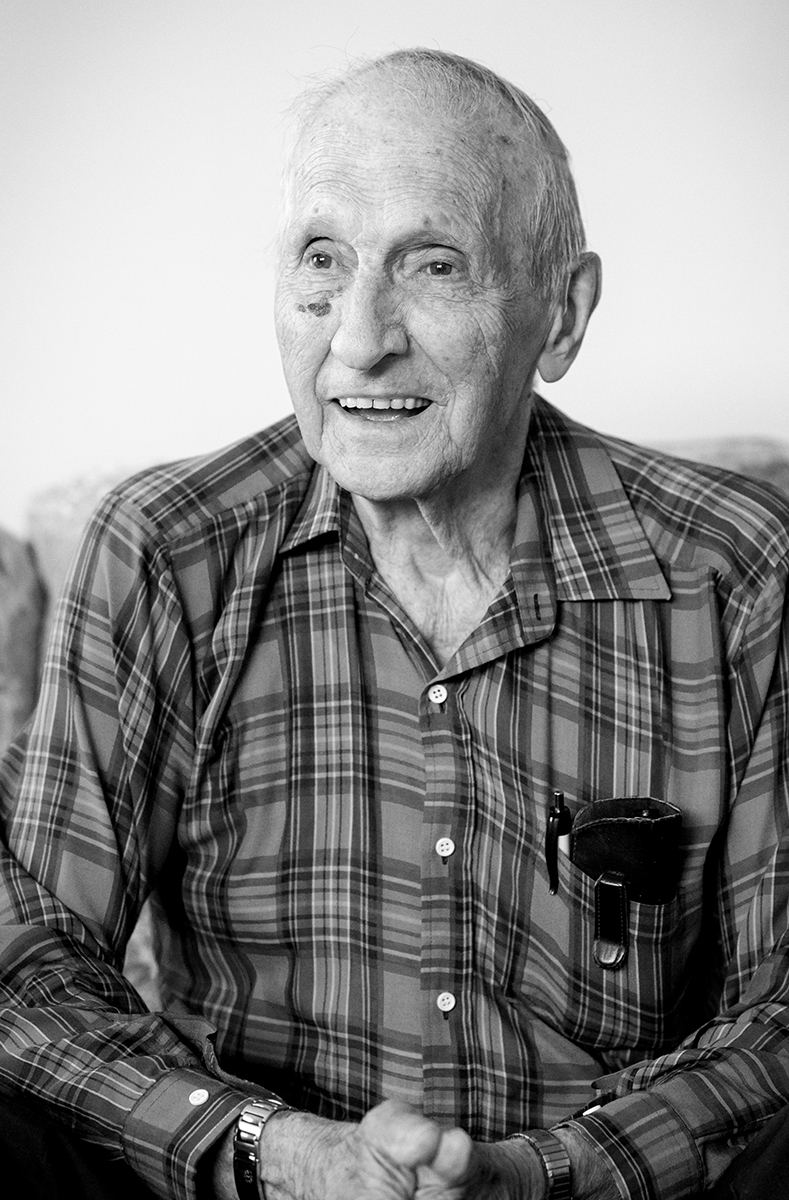 Lloyd Tamboline was born in 1925. Lloyd’s father was a farmer on Westham Island and as a young boy Lloyd would help his dad and two older brothers on the farm. Lloyd remembers riding his bike to school but if it was raining his dad would drive him in the model T. He also recalls helping the man open the bridge when boats needed to pass, “his name was Jesse James, he was a veteran and only had one arm, we would help him turn the crank and open the bridge.”

Sports played a significant role in Lloyd’s life, both playing and coaching. In high school he was a long-distance runner, was on the basketball team and played lacrosse. He studied agriculture at UBC and was on their track team, running the 4 Mile races. Lloyd was a talented lacrosse player and played professional lacrosse for two years with the New Westminster Adanacs, “I remember we went back east to play for the cup!” He later went on to coach The Islanders Jr. B team in Ladner and was the very first inductee into The Delta Sports Hall of Fame! “I still see some of the guys I coached, they’re in their 50’s now.”

Lloyd met his first wife Eva when he dropped by her brother’s café in Ladner for a milkshake. She was his first girlfriend, “I never had a girl, I was too shy.” They were married in 1946 but had to cut the honeymoon short as a job came up at the Overwaitea store in Ladner. “My sister-in-law called me and said Lloyd you’ve gotta get back here right away!” Lloyd worked for Overwaitea for a few years, then at Nelson’s Laundry before purchasing the Number One Cleaners in Ladner, which he ran with his wife. When Eva passed away, Lloyd sold the business and went on to work for Canada Post for 21 years. In 1978 he married his second wife Bev who had 3 children.

Keeping bees has also been one of Lloyd’s passions; he’s kept bees all his life and is fondly referred to in Ladner as the “Bee Man.” He has been a past President of the Kinsmen Club and still meets with the organization’s K-40 group once a month at the Ladner Legion. Lloyd has 3 children, 14 grandchildren and 9 great-grandchildren.