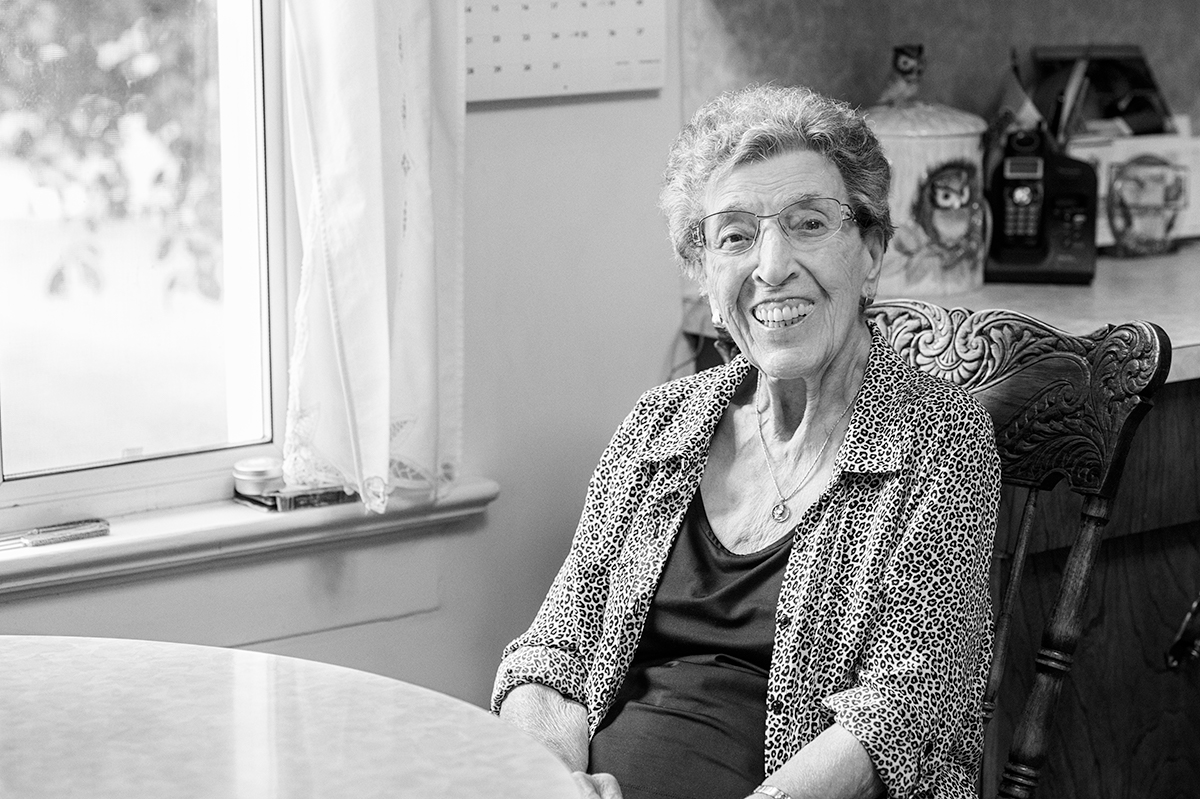 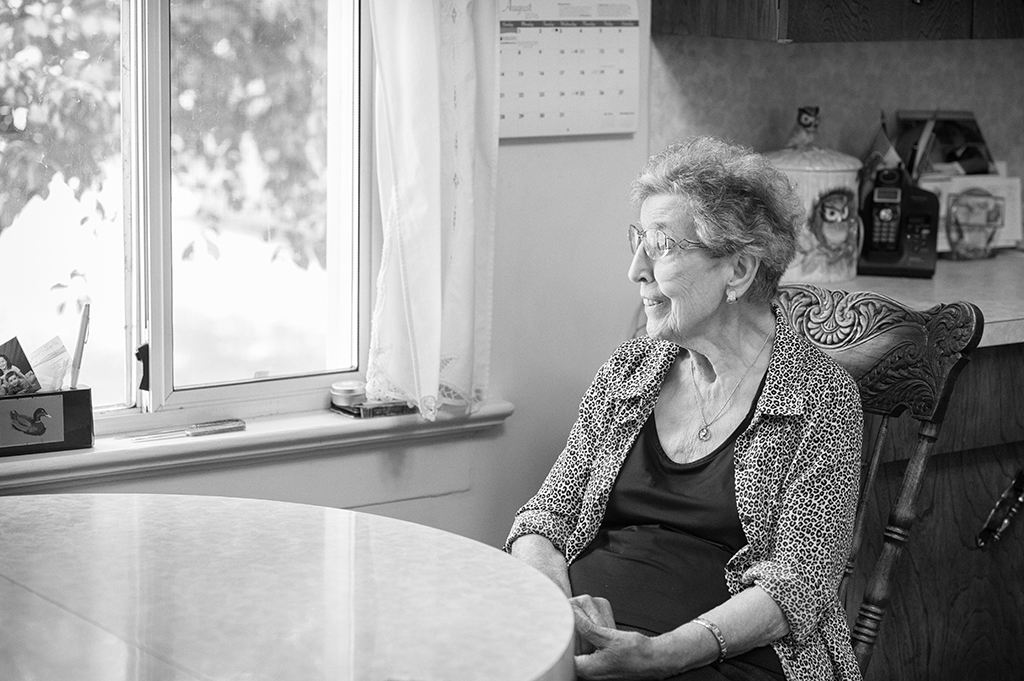 Lucille Wilson was born in 1924 in Port Guichon. Lucille’s father was a Fisherman and would fish his gillnetter off River Road. The youngest of four children, Lucille remembers childhood days spent outside playing “Run Sheep Run,” or taking long walks along the railroad tracks. “We used to play in the fields, we had a couple of goats, lots of cats and a nice dog.” She recalls, “I had three good friends who lived in the neighborhood, we were always outside – in those days parents didn’t worry.” Weeding was not a job Lucille enjoyed but her family had a wonderful garden and grew potatoes, carrots, onions, garlic and kale. She remembers when she was sixteen, picking berries on a farm across from Westham Island bridge. With her earnings, she and a friend headed into Vancouver. “That was an adventure, I bought a skirt, a blouse and a jacket. I went to the PNE for the first time ever!”

While working at BC Packers in Steveston, Lucille met Michael (Smoky), who she would later marry. Although they knew each other from Ladner as their sisters were friends, “Smoky was so shy when he was younger, he would run away.” In 1942 Lucille and Smoky were married and moved into a little house in Canoe Pass, which was provided by BC Packers. The agreement was they could live there if they fixed it up. “At first there was no electricity, I had a wood stove and a gas washing machine – you had to run the exhaust hose outside.”

In 1955 Lucille, Smoky and their 3 children moved into a house on River Road West, the home Lucille still lives in today.  Although she had a young family to care for, Lucille was part of a group involved in raising funds to purchase the building that became Fishermen’s Hall. She also helped start a parent participation Kindergarten in the mid 1950’s, before Kindergarten existed in Ladner and drove children with special needs to recreation programs. For many years she was also an active volunteer for the BC Cancer Society. Lucille has 3 children, 9 grandchildren and 11 great-grandchildren.