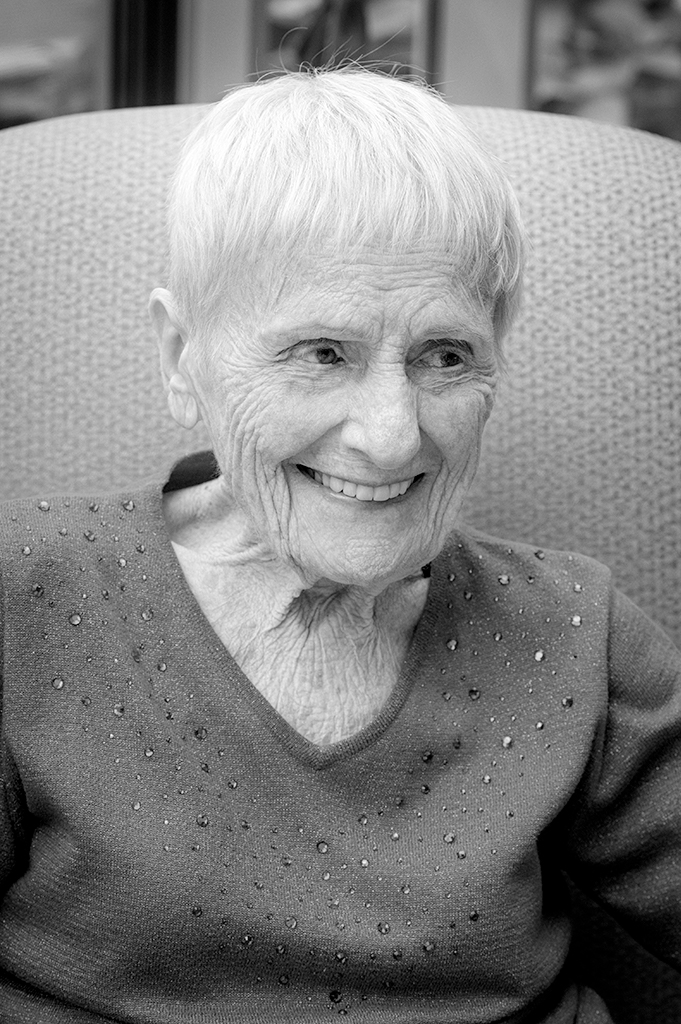 Maryhelen Bowling was born in 1926. Her grandfather had the biggest barn on Westham Island and raised Clydesdale horses – he passed away in 1922 before she was born. Childhood days were spent on Westham Island where Maryhelen’s father was in the fishing business. He actually built a wharf and in later years built and repaired boats, as fishing was a prominent industry in the area. She recalls that during the warm weather children spent a fair amount of time in their bathing suits. “You got dusty walking along the road – half the time you’d just jump in the river to wash off the dust.”

Maryhelen went to elementary school on Westham Island until grade 6, and then attended Delta Junior High. She has many happy memories of growing up in Ladner where most of the time kids had to make their own fun. Maryhelen recalls fondly the day she was crowned May Queen during the Ladner May Days Celebration in 1935, she notes, “I can still smell my bouquet.” It was at a dance in Vancouver where Maryhelen met her husband, Edward. “He was the trombone player, he used to play at all the dances.”

After living with her husband and young family in Richmond for a short time, Maryhelen moved back to Westham Island in 1959.  An avid photographer, she has kept many photos and journals over the years – approximately 81 albums in total! Maryhelen was thrilled to attend the 100th Anniversary of Delta Secondary School in 2014, along with her daughter who also attended DSS. They had a fantastic time at the reunion, meeting many old friends and stayed until the very end.  Maryhelen has 4 children, 12 grandchildren and 10 great-grandchildren.