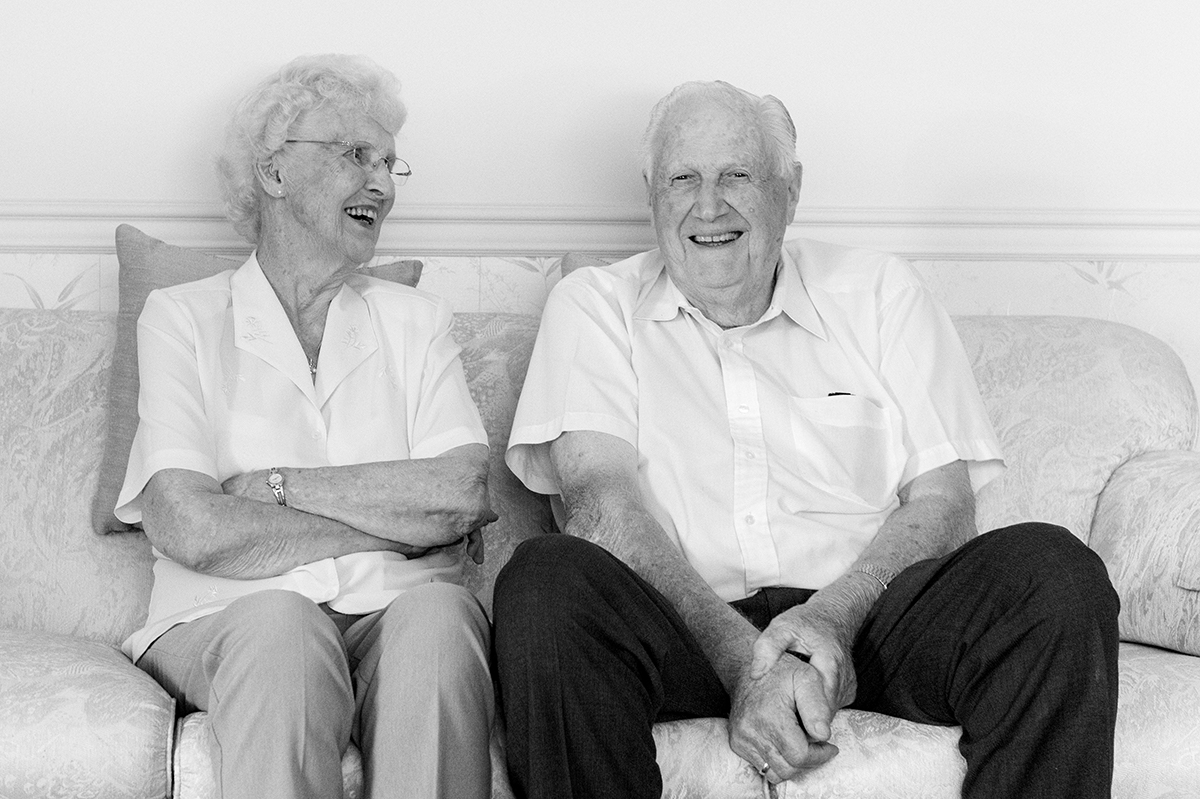 Walter Husband was born in 1928 in his family home on Boundary Bay Road, now Arthur Drive. His wife Margaret, (Peggy) was born  in 1929 at her family’s farm on Westham Island. Both Walter and Peggy have fond memories of their high school days in Ladner. They played on the basketball teams, edited their high school paper, the “Hy-Echo” and were both army cadets – Walter was a Sergeant Major and Peggy was with the school’s girl’s cadets. Walter notes, “if you were in high-school during the war, you were in the cadets.” In August of 1947, Peggy was Harvest Festival Princess for Westham Island and recalls a wonderful dance on Delta Street – the band was Dal Richards and his orchestra!

After leaving school, Walter worked at the Ladner Pea Cannery for six months and every Saturday he mowed the lawn at the Kirkland home on Arthur Drive with an old push mower for $1.00. Lacrosse has also been a passion for Walter, he started playing goalie for the Westham Island lacrosse team in the 1940’s and has coached and managed his two sons in Delta Minor Lacrosse. Friends since high school, Walter and Peggy were married on September 15, 1950 at Ladner United Church. They’ve shared many happy memories, including attending the Miracle Mile Race at Empire Stadium where they watched Roger Bannister win, just ahead of John Landy!

Walter started working in construction and helped build or remodel many homes and businesses in Ladner, Tsawwassen and North Delta. In 1953 he started volunteering with the Delta Fire Department and ten years later, Walter became one of the first paid firefighters in Delta. “There were four of us and in those days we were called fire custodians.” The paid firefighters worked Monday to Friday, volunteers took care of evenings and weekends. It’s a calling that runs in the family as Walter’s son is an acting captain with the Vancouver Fire Department and his grandson is a Delta Firefighter. All three generations enjoyed the Delta Fire Department’s Anniversary Celebration at Harris Barn. Walter and Peggy have 4 children, 7 grandchildren and 7 great-grandchildren.